So far, the conflict in Syria – humanitarian drama where the civilian population is a clear target – has claimed about 5,000,000 Syrian refugees seeking protection in neighboring countries like Jordan, Lebanon and Turkey, according to UNHCR data. 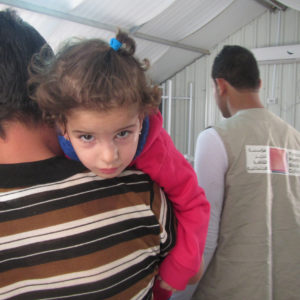 Za’atari, in northern Jordan, is the second largest refugee camp in the world hosting more than 80,000 people. In it, Social Promotion Foundation has a rehabilitation and physiotherapy clinic to attend people with disabilities, who represent 15% of the total population. Children who receive long-term treatment experience a marked improvement, and many of them begin to walk.

In the Azraq refugee camp, where 5,000 refugees from Aleppo live, Social Promotion Foundation works in a similar way. However this population could be increased by the arrival of 75,000 people who, trapped in the BERM, in no man’s land between Syria and Jordan, are waiting to enter the Jordanian country.

You and I cannot end the conflict,
but TOGETHER, we can contribute
to alleviate the situation of those who suffer.

SEND YOUR HELP
HUMANITARIAN AID OF THE FOUNDATION 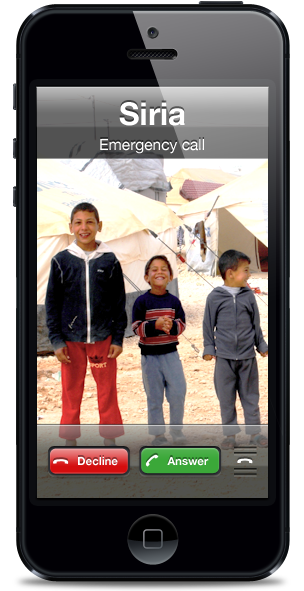