Skip to content
Previous Next
Religious freedom in the Middle East: Study on the Lebanese, Israeli and Iraqi modelsPromoción Social2018-09-25T08:19:33+00:00

Religious freedom in the Middle East: Study on the Lebanese, Israeli and Iraqi models

This project has served as a frame to make a theoretical and practical approach to the religious freedom issue in the Middle East: Lebanon, Israel and Iraq. The execution of an study on these three models has allowed the evaluation of the standards of religious freedom in each one of these countries and to conclude what is the level of compliance of the international regulation.

The study was submitted on 3th June in Casa Árabe in Madrid, and it counted with the intervention of experts and the exhibition of the conclusions about their research: William k. Warda, member of the Executive Committee of Alliance of Iraqi Minorities (AIM), Vice-President of the Forum of Organizations Networks of Human Rights in Iraq, and President of Hammurabi (Human Rights Organization), from 2007 to 2013; Prof. Dr. Antoine Messarra, Professor of Constitutional Law, Professor of Comparative Political Systems and Professor Sociology of the Saint Joshep University , in Lebanon; and Prof. Dr. Asher Maoz, Dean of Law of the Peres Academic Center of the Tel Aviv University.

Coinciding with the meeting of the European Parliament’s Intergroup on freedom of religious belief and religious tolerance(RP Intergroup on FoRB & RT) in Brussels where they submitted their first activity report. The event gathered several experts in religious freedom, human rights, and the circumstances of the minorities in the area: Cristina Fraile, Assistance Director-General of the Human Right Office of the Ministry of Foreign Affairs and Cooperation; Eduardo López Busquets, General Director of Casa Árabe; Jumana Trad, President of the FPSC; Gwenda Jeffreys-Jones, political analyst of the Middle East and the European Union; and Prf. Dr. Rafael Palomino, Professor of Estate Ecclesiastical Law in the Complutense University of Madrid. 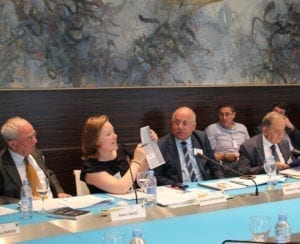 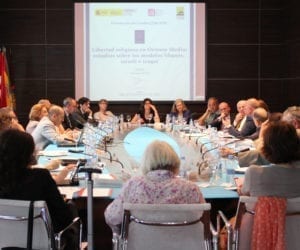 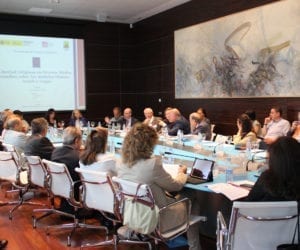 Education for Development and Awareness Raising