The project was indeed designed and implemented by FPSC and Arcenciel in a manner that would allow vulnerable people to have better access to basic needs such as clothes and house sundries, doing so without upsetting their self-esteem and dignity, which are sometimes affected by such products and services’ providing projects.

Through refurbishing the sewing workshop in Sed El Bouchriyeh center in Beirut, and filling up the 2 stores Halba and Taaneyel centers’ boutiques with more donated items, the beneficiaries in these three different regions have had a wider range of items to “buy” from for their entire families, while having a more appealing experience doing their shopping in well refurbished and equipped boutiques. What further contributed to achieving this objective was the marketing campaign conducted across the targeted regions to increase the donations of the unwanted used clothes and sundries, encouraging the donations through installing collection bins in vital places, and purchasing two collecting trucks to facilitate the process.

This project was a success; not just because of the fact that it surpassed the number of beneficiaries by 9% (10,929 against a planned 10,030), but also because of the impact it yielded among its beneficiaries that weren’t initially expected as the project’s outputs and outcomes were designed.

Imtithal a Syrian refugee, hoping her stay in Lebanon is temporary, found in this training a lot of benefits for herself, and her family. Her husband was initially opposing her participation in the training, believing it was a waste of her time, keeping her away from her house and family. That was until her husband once came back from work in torn pants, and thought he was going to throw it away. He didn’t. She fixed it, and he got to wear it again. He realized at this point how these trainings could actually contribute to the entire family, where they won’t have to throw away torn clothes, but Imtithal can always fix them in a way, and thus, save the expenses of buying new clothes every time one is torn.

Imtithal’s also glad now that she is no longer afraid of sewing machines; she used to fear them that she would do all the sewing work by hand, which wasn’t convenient. She now hopes she can buy a machine at home, and do this work more efficiently.

Nawal, from Iraq, was one of the 14 women who received the training sessions and a sewing kit at the end of the workshop. What she loved the most about the kit were the pair of scissors that came along with it. She explained to the project team how she always found difficulty in stitching her and her family’s clothes because of the poor quality scissors she had. She also thought the zippers in the set were really useful as she would through away clothes if their zippers would break or stop functioning. To her, these two trivial tools were of major help and use.

“I can dress up my family more neatly now” said Nawal, when asked about how the project affected her life. It became a hobby for her, and a useful skill at the same time; that she would sit home and stitch, do patch work, and fix things for herself and her family. Nawal and her family have also started saving money by doing her own sewing instead of going to a tailor, whom they couldn’t usually afford.

She also applied this newly acquired skill in fixing her house belongings, such as the curtains, bed sheets and pillow covers, which again, to her, made their house look more decent and neater.

When asked about what she wishes to do in the future with this skill, she said she wants to start making clothes, from scratch.

The boutiques have received a redundancy of donated clothes from individuals and clothing companies as well; that marketing these clothes has now become a crucial factor in the project’s follow up stages.

The project’s sustainability is guaranteed through the established networks among different schools, municipalities and cooperation where collection bins have been installed for the donated items; and through the continuous outreach done by arcenciel’s team to ensure people in need for such services are learning about these boutiques, and are able to access it. 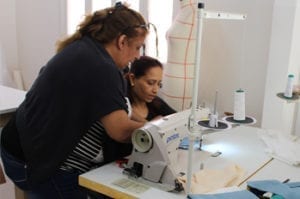 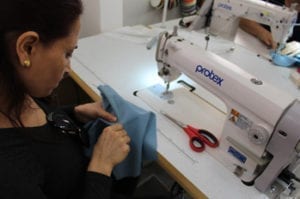 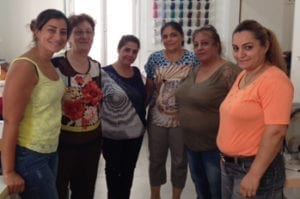 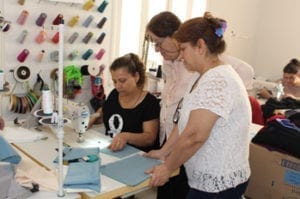 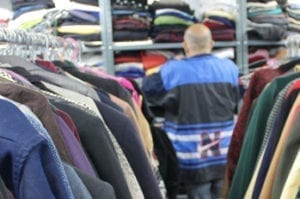 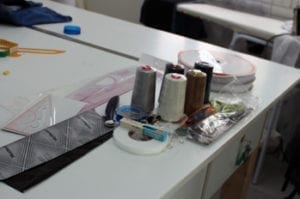 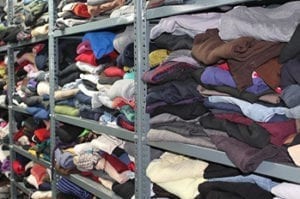