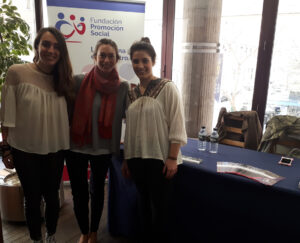 Social Promotion Foundation participates for years in this annual meeting that IEB organizes with foundations and NGOs, with the aim of making known to students and alumni their work, their projects and the different ways of collaborating as volunteers with them.

Participating in this edition were foundations and NGOs such as UNICEF, Caritas, AECC, Food Bank, Down Madrid, Valle Foundation, International Cooperation or Youth Wake Up!

On behalf of the Social Promotion Foundation, Lucía García Gilabert from the Communication Department, Ana de Benito, and Francesca Viberti, who are currently doing internships at the Foundation attended. All of them reported on the activity of International Cooperation for Development and the Humanitarian Aid projects of Social Promotion Foundation and the possibilities of volunteering.

This action is part of the educational activity for development of Social Promotion Foundation.

As part of the awareness-raising activity, awareness material and information were shared with the students, professors, and assistants who came to our stand, about some of the Projects that the foundation is currently developing, among them:

Projects of the Foundation in the Middle East, our priority area of action:

Among them, humanitarian aid projects:

The project of improving the welfare of Syrian refugees and vulnerable population through the provision of health services and psychosocial support (MHPSS) in Zahle (Bekaa Valley) in Lebanon financed by the European Union Regional Trust Fund in Response to the Syrian Crisis (‘The Madad Fund) to respond to the’ needs of Syrian refugees in neighboring countries, as well as of the communities that host refugees and their administrations, particularly with regard to resilience and speedy recovery.“

The project of education programs for the disabled and access to learning opportunities for children and youth with disabilities through training of school personnel and the creation of a safe and inclusive environment in 24 public schools in the Bekaa region in Lebanon, funded by OCHA of the United Nations, financed by the United Nations Office for the Coordination of Human Affairs (OCHA).

And the project “Improvement of the multidisciplinary response in rehabilitation for people with disabilities in northern Jordan”, both of the vulnerable host population and of Syrian refugees in the fields of Za’atari and Azraq. This project is co-financed by the Regional Government of Madrid.

And those projects of international cooperation for development:

The agreement “Sustainable and equitable rural development in the West Bank including the start and use of responsible management of land and water resources for small and medium farmers” and the project “Support for the generation of income and sustainable productive capacity of small producers in Gaza” (Palestine), Both co-financed by AECID.

The projects of “improvement of the living conditions of small farmers in Salfit, Palestine, through the right to access to water” and of “improving food security in the Gaza Strip through the rehabilitation of agricultural land and greenhouses”, that have funding from the City of Madrid and the Government of Valencia respectively.

Cooperation projects that the Foundation is implementing in Africa and Latin America:

The projects in Ethiopia “Integrated rural development with an environmental and gender approach in East Wellega (Oromiya)”, “Improvement in the management of complications in childbirth at the San Gabriel health center (Addis Ababa) through the use of advanced equipment” and “Improvement of the quality of health services in Akaki Kality (Addis Abeba) through the training of health workers”, financed by the Government of Valencia, the City Council of Alcalá de Henares and “la Caixa” Foundation respectively.

The projects “Organized farmers strengthen the social, economic and productive fabric, and their living conditions in the micro watershed Guineamayo (Cajamarca)” in Peru, financed by “la Caixa” Foundation, “Improving socio-economic situation of the vulnerable women of Paraguay through education and professional training”, financed by The OPEC Fund for International Development (OFID), and “Universal and equitable access to drinking water for the population of San Miguel de Velasco, department of Santa Cruz, Bolivia” financed by the Regional Government of Madrid.

Some of the participants showed interest to participate in the volunteer programs and/or asked about the possibility of doing internships or volunteering at the Foundation’s headquarters. 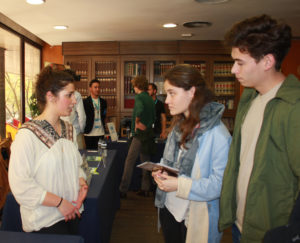 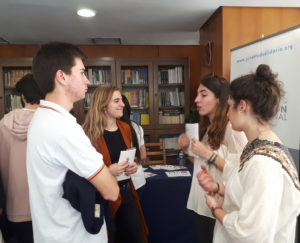 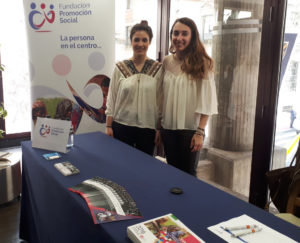 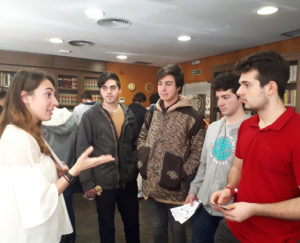 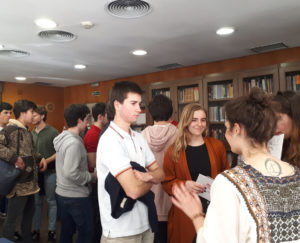 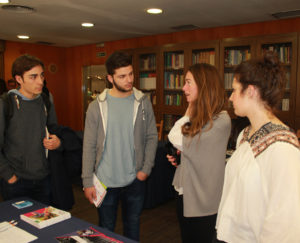 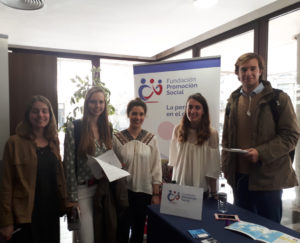 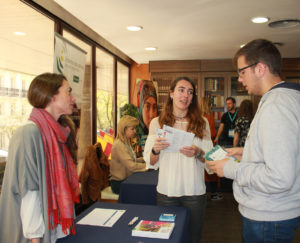