Study on the impact of the dismantling of Syrian refugee homes in Arsal, Lebanon 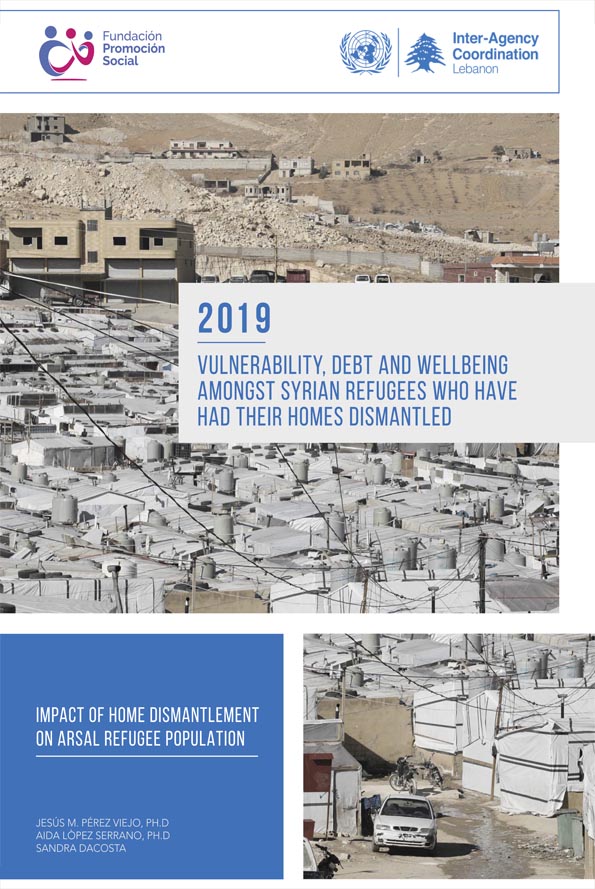 Social Promotion Foundation has completed the study “Assessment of Vulnerability, Debt and Wellbeing amongst Syrian refugees who have had their homes dismantled in Arsal (Lebanon)” (in English and Arabic), funded by the United Nations High Commissioner for Refugees (UNHCR) with 32.299,02 USD.

As of mid-August 2019, 2.396 Syrian refugee households (data source from UNHCR) in and around the municipality of Arsal (Baalbek District, Baalbek-Hermel Governorate, Lebanon) have faced the dismantlement of their homes by the Lebanese central government. As the home environment represents the heart of family life, its destruction will likely have a profound impact on the vulnerabilities and mental health of the affected population, markedly raising protection concerns. An additional consequence of home dismantlement may be the acquisition of additional debt, as families struggle to replace lost/destroyed items while continuing to purchase needed consumables. Therefore, FPS worked to assess the impact of home dismantlement on the vulnerabilities (including debt) and mental health needs of the affected population, thanks to funding from UNHCR.

The overall objectives of the research were:

The main implemented actions were: